The Sierra de Béjar is the final large mountain in the Central System to the west and one of the natural treasures found in the province of Salamanca. Its privileged landscape diversity is due to the great variety of orientations, the immense contrasts in altitude and fortunate situation halfway between Mediterranean Spain and Atlantic Spain.

One comfortable and extraordinary way to discover all this human and natural heritage is to travel the Vía de la Plata Natural Trail connecting the villages of Puerto de Béjar, Cantagallo, Béjar and Navalmoral de Béjar. This tourism site came about when the railway linking the northern plateau to Extremadura was transformed into a tourist route that has continued to grow each year. The renovation work made it possible to offer an accessible path that crosses much of the highland ecosystems always with the irresistible incentive of taking in extraordinary views of both the Sierra de Béjar as well as the valley of the River Sangusín and the Sierra de Francia and Quilamas highlands.

You can begin this Natural Trail in any of these 4 villages and continue into the province of Cáceres for many kilometres. Except in Béjar, the Trail is not within an urban area; however, you may get to it on streets or roads in good conditions. The entire Salamanca stretch is flat and on well-maintained ground. You’ll find benches, tables and spacious and beautiful views throughout the route. In the spring, it’s one of the most highly recommended routes in the province if you wish to see butterflies. You can do the entire route on foot or on bike and it’s accessible to people with reduced mobility. The only thing to keep in mind is that people with reduced mobility must enter the Trail at the Béjar train station. Access and parking are guaranteed at this point and there’s also a bathroom and a place to hire bikes and eat and sleep at the hostel-restaurant, featuring a terrace. It’s a linear route which requires you return to the starting point unless someone previously agreed to pick you up in one of the other four villages.

The Trail allows you to enjoy some hiking and discover the traditional ways of life of the people in the highlands with their livestock, agriculture and forests. All the towns are still home to many of the houses, pens and meadows that formed the foundation of the economy for centuries in this mountainous region and which are now one of its main tourist attractions. We recommend walking peacefully through the maze of streets, homes and chapels and visiting some of the businesses. It’s worth noting that a number of hiking routes begin in these four villages including Vía de la Plata which can be entered from Puerto de Béjar along a posted trail from the centre of the village. Just a few hundred metres from this junction with Vía de la Plata and quite close to the provincial border with Cáceres is the El Conde Historic Garden, one of the only three Historic Gardens that have been declared as such in Castilla y León: La Granja, in Segovia, the El Bosque Renaissance Garden (in Béjar) and the east of El Conde.

As for the town of Béjar, the beauty of its landscape and its most traditional homes are complemented by other irresistible attractions: its Jewish quarter (one of the few synagogues in the region and the David Melul Jewish Museum), its medieval walls, the many manor houses with colonial flavour, the imposing ducal castle-palace, its churches of Romanesque origin, the El Bosque Renaissance garden, its many textile factories, its parks, the Mateo Hernández museum and its most typical dish, calderillo, not to mention its famous sausages.

Top off a day of hiking and nature along the Natural Trail and the Sierra de Béjar with a visit to the village of Candelario, one of the most beautiful in the province and in Spain, which is only 4 kilometres from Béjar.

The Béjar and Candelario tourist offices can provide you with the information you need to discover all the natural, cultural and gastronomic resources this region has to offer. 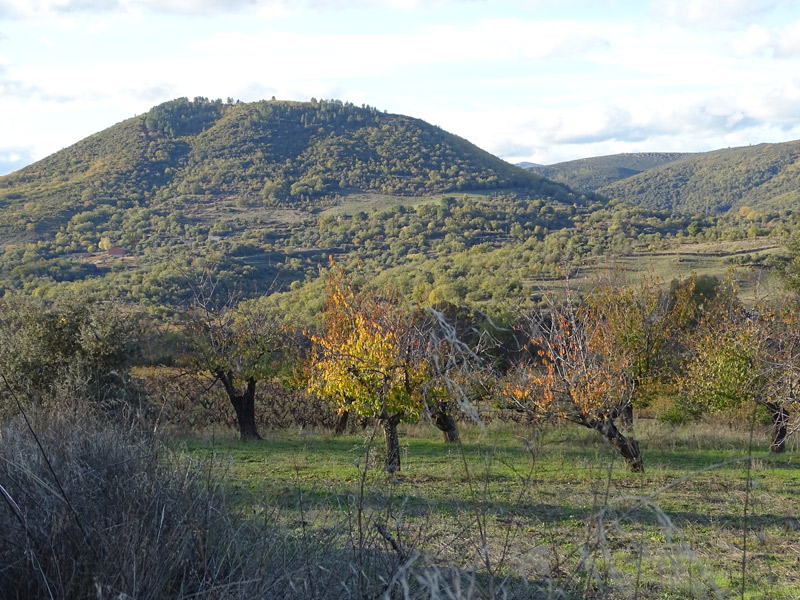 The village of Nava de Francia is 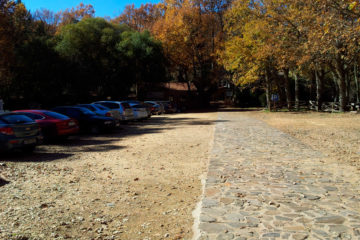 Enjoying nature is a pleasure and everyone’s